On Thursday 16 June, the eve of the city's patron saint San Ranieri, the Luminara returns to Pisa. More than 100,000 wax candles, positioned on the façades of the buildings, will illuminate the two kilometres of the Lungarni, enhancing the architectural forms of the buildings with the glow of the flames to create an evocative and unique atmosphere. The evening, which every year attracts thousands of people to Pisa, will end as per tradition at 23.00 with the fireworks. For the city, it is the long-awaited return to normality, with an ordinary edition of the Luminara, after the two-year suspension due to the Covid emergency measures. In 2020 and 2021, in fact, only the municipal buildings, Gambacorti and Mosca, had been symbolically illuminated.

The programme - Starting at 3.00 p.m., the 160 or so specially selected employees, who will work alongside the staff of the Municipality and the appointed company, will begin, one by one, the lighting of the 100,000 candles on the Lungarni, between the Ponte della Cittadella and the Ponte della Fortezza, until dusk when, thanks to the public and private artificial lighting being turned off, the Lungarni will begin to immerse themselves in the magical evening of San Ranieri. At 11.00 p.m., as tradition has it, the fireworks display is scheduled to begin on the Lungarni, with a series of spectacular fireworks, lasting about 30 minutes, fired from 12 floating platforms placed on the Arno.

Space for the disabled Near the Renaioli stopover there will be a space reserved for the disabled, with about 15-20 places, to allow everyone to fully enjoy the show. Cars with the appropriate badge can be parked on the Lungarno Fibonacci (Giardino Scotto area, entrance from the Ponte della Vittoria bridge) by 9.00 pm.

Security measures The evening, which every year attracts tens of thousands of people to crowd the Lungarni, requires extensive security measures. A plan approved by the Committee for Public Order and Security has been drawn up, which envisages the involvement of the police, health workers and Civil Defence, and a task force of 140 stewards who will watch over the entire area.

The measures planned for Sunday evening, in collaboration with the Prefecture and the Pisa Police Headquarters, are detailed below.

Health posts: The Health Plan prepared by the 118 provides for the presence of 20 ambulances (made available by the Italian Red Cross, Misericordia, and Public Assistance) and 14 medical teams on foot, which will move along the Lungarni from 7.00 p.m., as well as an advanced medical post. All medical activities will be coordinated by 118 personnel at the Municipality's Civil Protection Coordination Centre. The Fire Brigade has provided for the deployment of 5 vehicles on the territory and two boats in the Arno with as many teams for interventions on the river.

Escape routes: All streets along the Lungarni will be manned by stewards and the Police Force, to keep them free of cars, bicycles, scooters, public ground occupation, as well as stalls and other occupations. From 4.00 p.m. on Thursday 16 June and until 5.00 a.m. the following day, all exit routes will be kept free of any artefacts (platforms, chairs, tables, umbrellas, exhibitors, etc.) placed on public land. All concessions for occupation of public land are therefore suspended, with the exception of occupation by building or road construction sites.

No scooters or bicycles on the Lungarni. All parking areas for hire vehicles (bicycles and scooters) located on the same thoroughfares must be free. The hire companies of the above-mentioned vehicles must ensure that they are prevented from circulating not only on the usual streets, but also in the entire area of the Lungarni between the Cittadella bridge and the Fortezza bridge and in the neighbouring streets.

Ban on the sale of glass drinks and possession of explosive materials. A special trade-union ordinance has been drawn up, which, from 6 p.m. on Thursday 16, until 3 a.m. the following day (and on 17 June at the same times), prohibits the sale, including take-away, of beverages in glass or aluminium containers; the serving of beverages in glass containers, unless consumption takes place inside public establishments or in the areas pertaining to them; and the possession of beverages in glass or aluminium containers in public streets or squares or those open to the public. The ban will be valid in the internal areas delimited by the following perimeters Lungarni between the Cittadella bridge and the Fortezza bridge (including the intermediate bridges); North area: via Santa Marta, via Edmondo De Amicis, via Angelo Battelli, via di Pratale, via Lucchese, via Contessa Matilde, via Bonanno Pisano, Piazza di Terzanaia; South area: via Porta a Mare, via Cesare Battisti, via Alfredo Catalani, via Mascagni, piazza della Stazione, via Filippo Corridoni, via Carlo Cattaneo, via Giuliano da Sangallo, piazza Don Giovanni Minzoni, Lungarno Fibonacci. Violators will be fined from 100.00 up to 300.00 euro.

Prohibition of the use of explosive material. It is forbidden to possess or use explosive materials, to use fireworks, rockets, firecrackers, bangers, smoke bombs and similar devices containing detonating, exploding, smoke or irritating mixtures, except for those managed by the Municipality of Pisa. Violators will be fined from 100.00 to 300.00 euro.

Prohibition of the use of amplification or sound diffusion systems: The trade union security ordinance also establishes that, from 2.00 p.m. on Thursday 16 until 8.00 a.m. on the following day and from 2.00 p.m. on Friday 17 until 8.00 a.m. on the following day, it is forbidden to place any type of amplification or sound diffusion system outside buildings or on public streets or squares or on the banks of the Arno river, except for those installed and managed by the Municipality of Pisa. The areas concerned are the Lungarni between the Cittadella bridge and the Fortezza bridge, including the intermediate bridges; North Zone: Piazza Garibaldi, Borgo Stretto, Via Curtatone e Montanara, Piazza delle Vettovaglie, Piazza Sant'Omobono, Piazza Dante, Piazza dei Cavalieri, Piazza Cairoli; South Zone: Piazza XX Settembre, Piazza Gambacorti, Corso Italia, Piazza San Sepolcro. Offenders will be fined from 100.00 up to 300.00 euro.

Coordination centres: There will be two operational rooms: at the Civil Protection of the Municipality of Pisa (for rescue aspects) and at the Questura (for order and security activities). The different functions and operational rooms will be interconnected by radio.

Cleaning during and after the Luminara: During the evening, from 8.00 p.m. to 2.00 a.m., four teams of Geofor operators will beat the centre to clean the streets affected by the event. From 4 a.m. 32 Geofor workers will be in action to clean the centre and the Lungarni, with the help of 7 sweepers and 3 pressure washers to wash and sanitise the streets of the centre. From the afternoon of the following day, a new shift to clean the Lungarni from the illuminations left after the removal of the whitewash.

Public toilets: 24 chemical toilets will be located in the event area, some of which will be accessible to the disabled. In addition, the Cobianchi public baths in Piazza XX Settembre will be open until 01.00 while those in Piazza Sant'Omobono will be open until midnight.

Pisa Mover: For those coming from outside the city, there is the possibility of using the Pisa Mover's interchange car parks: The shuttle service will run until 01.00 am.

Traffic modifications: From 12.00 noon on 16 June to 2.00 p.m. on 17 June, suspension of the permanent parking bans, and establishment of a parking ban with forced removal in the following streets and squares: North side: Lungarno Simonelli, Piazza Solferino, Lungarno Pacinotti, Lungarno Mediceo, Piazza Mazzini, Lungarno Buozzi , from Via S. Marta to discesa Soarta; southern part: Lungarno Fibonacci (except for vehicles serving disabled persons in the stretch from the Ponte della Vittoria to the Arco, with access by 9.00 p.m. and subsequent compulsory exit at the end of the event from the Ponte della Vittoria side), Lungarno Galilei, Lungarno Gambacorti, Lungarno Sonnino, Lungarno Stampace, via Romiti.

Traffic modification measures (first phase): From 2.00 p.m. on 16 June to 1.00 a.m. on 17 June, and in any case until all needs cease, institution of a ban on vehicular transit, including velocipedes even if hand-guided, in the following streets and squares: North side: Lungarno Pacinotti, leaving the North lane open for flowing out of Via S. Maria towards Ponte Solferino; Lungarno Mediceo as far as Piazza Mazzini; Ponte della Fortezza; southern part: Lungarno Galilei, Lungarno Gambacorti; Reversing the direction of travel of Via Palestro, from Via Cavour to Via Verdi; Lungarno Simonelli, Lungarno Sonnino, Piazza San Paolo a Ripa D'Arno, Lungarno Fibonacci (except for vehicles serving disabled persons in the section from Ponte della Vittoria to the Arch by 9.00 p.m. 00, with subsequent compulsory exit at the end of the event from the Ponte della Vittoria section), Ponte della Fortezza, via Romiti; reversal of the one-way traffic direction of via Stampace, with new direction via Zerboglio towards via Porta a Mare;

From 4.00 p.m. on 16 June to 7.00 a.m. on 17 June, and in any case until all requirements cease, a ban on vehicular traffic, including bicycles, even if they are hand-guided, in the following streets and squares: Lungarno Pacinotti (including the North lane out of S. Maria), Ponte di Mezzo, Piazza Garibaldi, Piazza Cairoli, Lungarno Mediceo, Piazza Mazzini, Lungarno Galilei, Piazza S. Sepolcro, Lungarno Gambacorti;

Traffic modification measures (second phase): From 6.00 p.m. on 16 June to 1.00 a.m. on 17 June, and in any case until all requirements cease, imposition of a ban on vehicular transit, including velocipedes, even if they are hand-guided, in the following streets and squares: Piazza Solferino, Ponte Solferino; Reversal of the traffic direction of Via Crispi, in the section from Via S. Paolo to Via Lavagna;

The Cittadella bridge will remain open for the entire duration of the event.

The Autolinee Toscane will implement the appropriate changes to the routes of the urban lines, informing users at each terminus and stop. 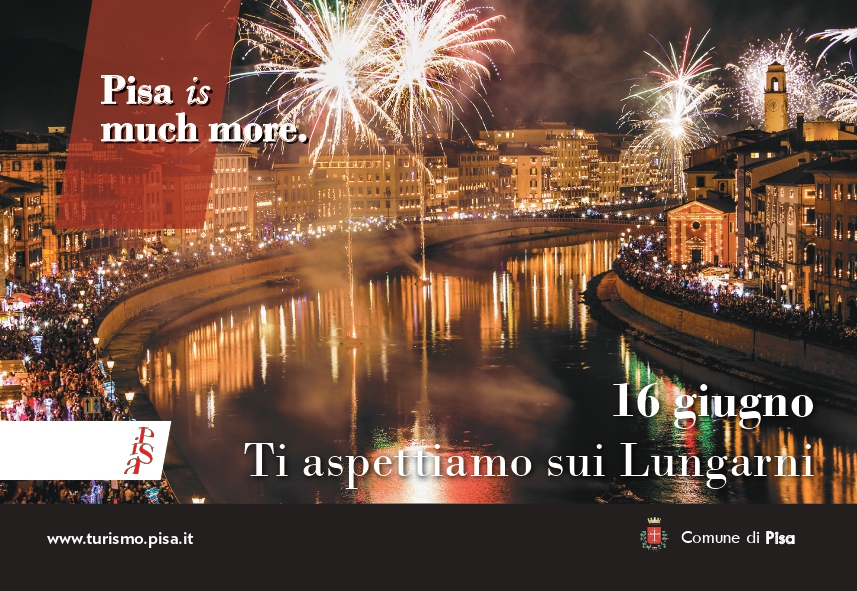 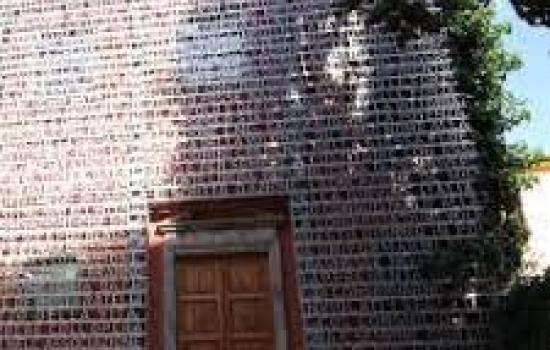 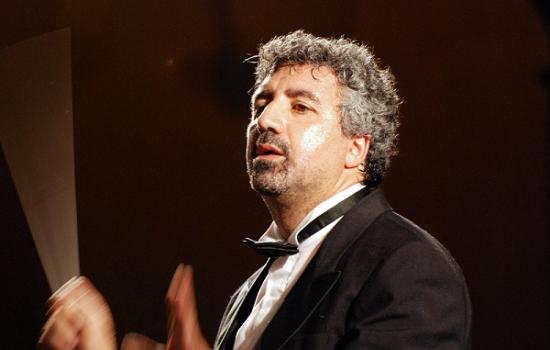 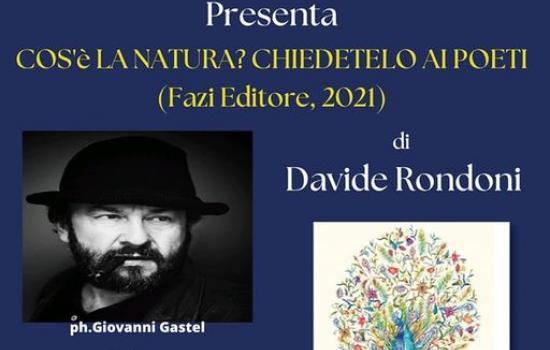 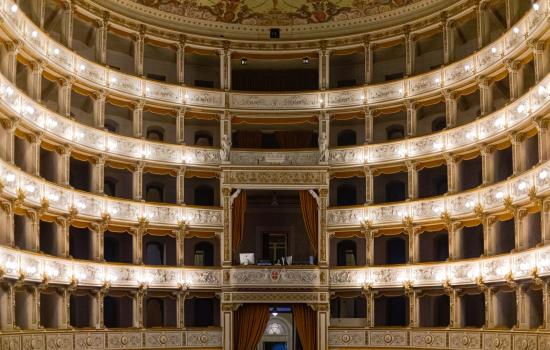