The show is held outdoors in the garden in via La Nunziatina n. 11. and it is the second of a cycle of three free appointments, with the opera which will end on Wednesday 29th July with Pietro Mascagni's La Cavalleria Rusticana.

Who knows the recipe for the Elixir of love? The encyclopedic doctor called Dulcamara bursts onto the scene declaring that he possesses it and promises all kinds of effects: the magic elixir not only heals the pimped, but cures love sickness.

On stage Camilla Pomilio, Luciano Grassi, Fabio Midolo. On the piano Yuka Ghoda, with the musical direction of the maestro Andrea Gottfried, staged and directed by Fabio Midolo.

Opera a Palazzo for this edition is 'hosted' as part of the free film festival "Cinema in Giardino" running until 19th July, organized by the Cineclub Arsenale of Pisa.

In the garden there is an audience of 200 chairs, with contingent spaces that allow access to 100 spectators.

For Opera a Palazzo shows it is mandatory to book on the Eventbrite.it platform. For Elisir d'amore, reservations will open at 2.30 pm on Tuesday 21st July. The show starts at 9.15pm.

All the exhibition, opera and cinema, is made possible thanks to the contribution of the Pisa Foundation. For assistance with opera reservations: 050 2204650 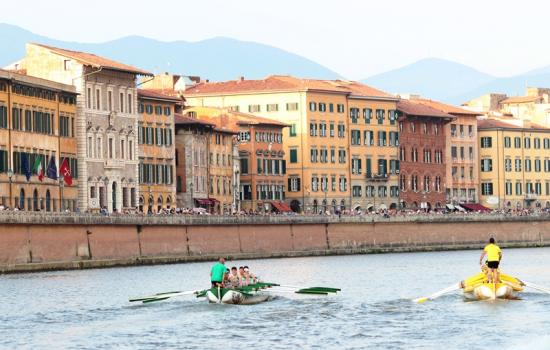